Temperatures have gone to (semi) normal, so we are excited to explore Berlin even more. I’ll take you with us in this Berlin diary!

This Monday started even slower than the Sunday. We woke up at nine, the time we wanted to be at the cafe. When we left the hostel, it was pretty cold and it just rained, however, we were excited to have breakfast at the Steel Vintage Bikes Cafe. This was a heaven for my boyfriend, as he totally loves bikes and coffee. We saw on the menu the day before, that they had vegan croissants, something we were curious to try. We ordered two vegan croissants, two cappuccino and one smoothie bowl to share. It was more than delicious! Afterwards, we had a look at the vintage bike shop inside. I was excited to see, that all of the bicycle gear was fairly and sustainably made. Bart almost bought a white t-shirt with a bike on it from Greenbomb, an organic and fair trade clothing brand.

After breakfast, we took the U-Bahn to Prenzlauer Berg, where we strolled the streets and ate vegan ice cream. The weather was nice, not too warm, not too cold and we were able to fully enjoy this neighbourhood. These streets are filled with hipster hotspots, such as fair trade shops and vegan restaurants. I ate a vegan ice cream with the extraordinary tastes of black sesame and blue coconut. The last one was my absolute favourite.

We then walked all the way down to Mitte again, where we did some crazy vintage shopping, where in the end, we did not buy anything. My favourite shops can be found around the Neue Schönhauser Straße area. If you get out at the U-station “U Weinmeisterstraße” you’ll find them.

The march for fair fashion

At 16.30 we met like-minded people at the Friedrichstadt-Palast for a rally against fast fashion. I’ve never attended a offline protest before, so I was quite excited to see how this would go. It turned out to be a great success. We were with many many people, all demanding a change in the fashion industry. The rally was organised by Fashrev.de, HessNatur (a German fair fashion brand) and Future Fashion Forward. In a recent study they’ve found out, that it takes 55 people to make a simple t-shirt. You can image this number being much higher for a jeans for example. To raise awareness for this huge impact on people and planet, they’ve asked 55 people to wear a white t-shirt with a number. I was number 22.

After a motivational speech of the Fashion Revolution, we started moving from the Friedrichstadt-Palast to the Potsdamer Platz. So many people filmed, shared and contributed to the rally, so I am sure this made some positive impact. I am curious to see how this awareness for conscious fashion will evolve.

The rally was super successful, so we decided to treat ourselves with some well deserved food at Knofi. I’ve written about this restaurant before, in this post about Berlin, and it is still one of my favourites. You can pick everything you like to eat and they put it on a plate for you. It is almost like tapas, but then more mediterranean. We had two full plates with everything that was vegan. It was SO DELICIOUS. This might be the best food I had so far in Berlin.

After dinner, we walked home and we were able to hit that 20.000 steps, something we are very proud of. I’m excited for tomorrow, as this will be the first day of Neonyt, the sustainable fashion hub. You can read more about Neonyt here.

Want to read more about our days in Berlin? Keep an eye on the blog, as I will upload a new blog every day this week as a little Berlin diary. 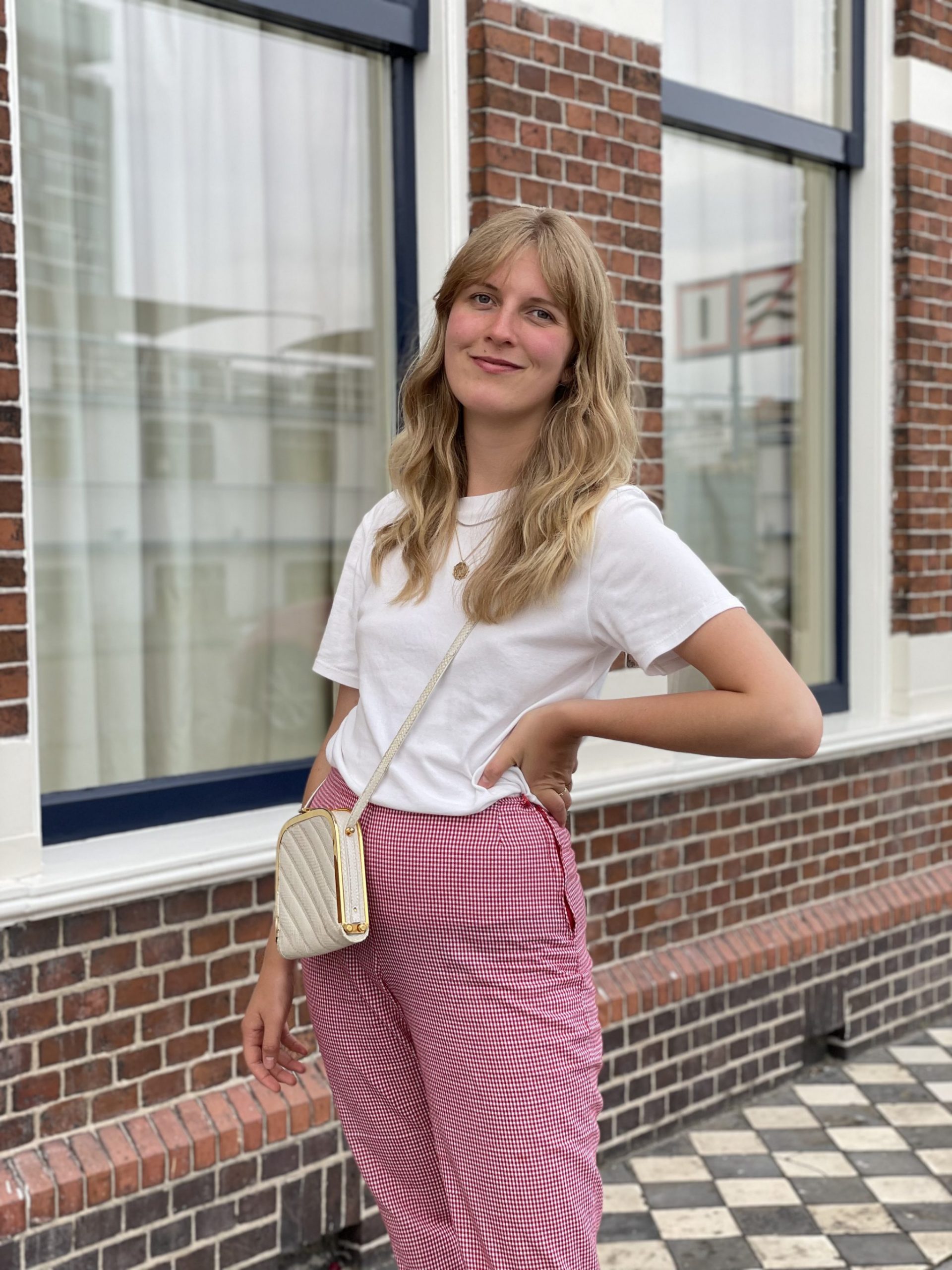 My slow world started as a response to the harmful culture we are creating ourselves. Everything needs to go fast, faster, fastest and this doesn't lead to more satisfaction. We need to slow down, in order to be kinder and more content.

Get to know me better here!

Want to slow down in a world that goes fast, faster, fastest? Let me be your escape. Let this be your slow world too. Join the community and subscribe to the weekly newsletter.